How Does Marijuana Work In Your Body?

Medical marijuana presents an opportunity for millions of Americans to reduce their debilitating symptoms. In Palmdale alone, hundreds of patients switched to the medical marijuana recommendation Palmdale. Imagine the effect in the states where cannabis is legalized for medicinal purposes. The numbers are crazy out there. So, how does medical marijuana work help to create a cascade of reactions that helps almost everybody with a diverse range of symptoms? Let’s talk about how cannabis works in our bodies.

How Does Medical Marijuana Work Inside Our Body?

The fantastic or incredible therapeutic properties of medical marijuana are a result of several molecules present in the cannabis plant. For example, it contains medical flavonoids, terpenes, and cannabinoids such as THC, CBD, and other molecules. While THC might cause paranoia for some, cultivators are preparing for strains with higher CBD levels to benefit those suffering from chronic illnesses.

So, before you start using cannabis with a medical marijuana recommendation Palmdale, you must learn more information about how it interacts with the body. And what makes it so viable as a medication? So, here are a few compounds that you must know about. For instance, you must have information about compounds like CBD, CBC, CBG, CBN, THCV. Every compound holds importance since they have a range of therapeutic properties that makes cannabis a worthy plant.

Also, Read- Is Depression a Qualifying Condition For a Medical Marijuana Card? 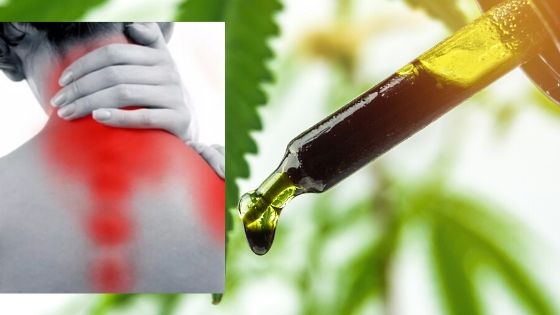 So, medical marijuana impacts your reward center upon consumption.  Therefore, you feel the effects instantly when you inhale it as it reaches the blood-brain barrier too quickly. It will enhance your motivation centers and make you feel hungry and relaxed at the same time. In short, it will trigger different parts of your body to carry out different reactions that will result in a multitude of benefits.

Why Are Patients Turning to This Plant?

It is not a shocker that the demand for medical marijuana recommendation Palmdale is rising. But, why are people finally changing their views despite so much hatred from different agencies? It might be because of the success rates they have seen in anecdotal studies. Or the trust factor is developing after they started using it as a recreational habit. It helped them manage their pain and helped them get back to their healthy lifestyle. There are many reasons. For now, people are mostly turning to cannabis as an opioid replacement to manage their pain caused by a nerve injury, or inflammation, or specific bone or skin conditions.

There reports where patients are asking for cannabis to relieve their cancer pain when no other pain killers happen to help them. But, one needs to understand every human being is unique as so are their endocannabinoid markers and receptors. So, expecting it to work in a certain way would be foolish on your part. So, as per the lab experiments, medical marijuana would work as an antiepileptic, neuroprotective, antipsychotic, anxiolytic, or as an anti-inflammatory agent. But, the potency or frequency might vary as per different individuals.

Also, Read- Counteract A Too Intense Cannabis High With These Tips

Medical marijuana is rising in popularity every day. However, one must understand that it presents varying possibilities in different individuals since the body type of every individual is different. And not only that, the effects might vary because of any individual’s diet preferences, cannabis dosage, environmental fluctuations, type of marijuana consumption, and the strain choice.

All in all, it might affect the outcomes of any patient. To understand it better, you must talk to a marijuana expert and understand its health implications. So, that’s how you can decide whether going for medical marijuana recommendation Palmdale would be beneficial or not.

Marijuana Work
ShareTweetPin itShare
Previous
How Does Entourage Effect Exert Distinct Benefits?
Next
Is Depression a Qualifying Condition For a Medical Marijuana Card?